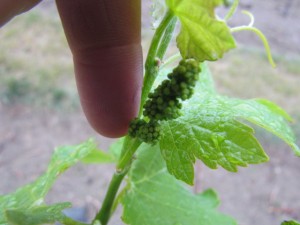 June 6 this year will mark the eighth anniversary of the passing of Bill C-311 which set to rectify the Importation of Intoxicating Liquors Act of 1928 by allowing interprovincial importation of wine for personal use.  Yes I said PASSING.  It passed.  But nothing has changed.

Since then a couple of milestones have occurred. First, just weeks after the passing of Bill C-311 in 2012 it became clear its passing was not going to clarify the situation for wineries. Instead this issue would be kicked down to the provinces to make their own rules. In an act of good faith, British Columbia changed its laws to allow for wines made in other Canadian provinces to flow freely direct to the consumer.  This meant that the fledgeling Nova Scotia and Quebec wine industries had a new market open to them immediately. It also meant that the well-established Ontario wine industry could now sell wine club memberships and ship cases direct to consumers in BC.  This legislative act was only done because the province of BC had it on good authority that the other provinces were going to reciprocate.  Since then, the only wine producing province to do so has been Nova Scotia, and that was 3 years later in 2015.  Quebec and Ontario wineries can still send their wines to consumers in BC but British Columbia wineries still cannot legally do the same.

The second milestone that occurred was the Supreme Court case R v. Comeau in 2018 which reversed a lower court ruling from New Brunswick that found that restricting possession of alcohol from outside the province was was unconstitutional.  In other words, the 1928 act would stand–prohibition era laws are alive and thriving in Canada.

So to recap, the pathway for any winery in British Columbia to ship its wine direct to consumer is closed federally–both legislatively and legally.  It remains open only through action taken by individual provinces.  BC has opened its doors to all provinces but the other two provinces that produce wine in Canada have not–Ontario and Quebec.

In this time of COVID-19 one thing is clear–things had better change to help small businesses because this might not be the last pandemic the world will see.  BC wineries, like wineries all over the world, have seen a total shut down of three important channels: tasting rooms–the lifeblood of most small wineries–restaurants and international export. Only the retail and wine club channels have been keeping most wineries from closing their doors permanently.  BC wineries need more options not fewer.  That is what the fight for “Free My Grapes” was all about.  Options. Legal options.

It has been whispered that relaxation of the alcohol regulations to aid businesses in the short term might become precedent setting and permanent, and governments do not want that to happen.  God forbid if a 92 year old law is amended to allow for farmers and small businesses to have options.  God forbid if our country pivots to fundamentally supporting local–not only in words but in actions and deeds.

Ontario and Quebec, as provinces with your own wine industries, we are expecting you to reciprocate and allow BC wineries to legally ship wine to your consumers.  We are not asking anything more of you than our province is already giving you.  Show you care more for raising the profile of a fledgling Canadian wine industry over promoting international brands which dominate your monopolistic stores. Our liquor board has not collapsed (save that topic for another blog post) and yours won’t either. You local wineries will not collapse.  Nova Scotia is a great example for this.  Since they have opened their doors to direct to consumer shipments of wine, their industry has grown, both in number of wineries, planted acreage, tourism and investment. BC has been open for shipments direct to consumer for 8 years and our wine industry is growing, innovating and increasing in market share.

Let’s be real, most BC wineries are shipping to your consumers anyways, even though it is not legal.  But BC wineries should realize in the wake of this virus how fleeting things can be. You cannot build a consumer base, market, advertise and promote what you make if it has to be done quietly and hidden under the table in an environment of illegality.

So we’re asking you nicely, Quebec and Ontario, to please reciprocate. We hope you’ll change your laws out of common decency in the wake of this disaster.  But if we can’t appeal to you on a humanitarian-small farmer-support local-sustainability basis–we’ll change our strategy.

But we’ll never stop so get used to us.

And right now, you two are standing in our way.

You can find out a bit more about me through the "About Me" page at the top of my blog.
View all posts by Sandra Oldfield →
This entry was posted in BC Wine Industry, Grapes and Wine and tagged billc311, buylocal, canada, comeau, covid19, freemydamngrapes, freemygrapes, Local, novascotia, ontario, quebec, wine. Bookmark the permalink.